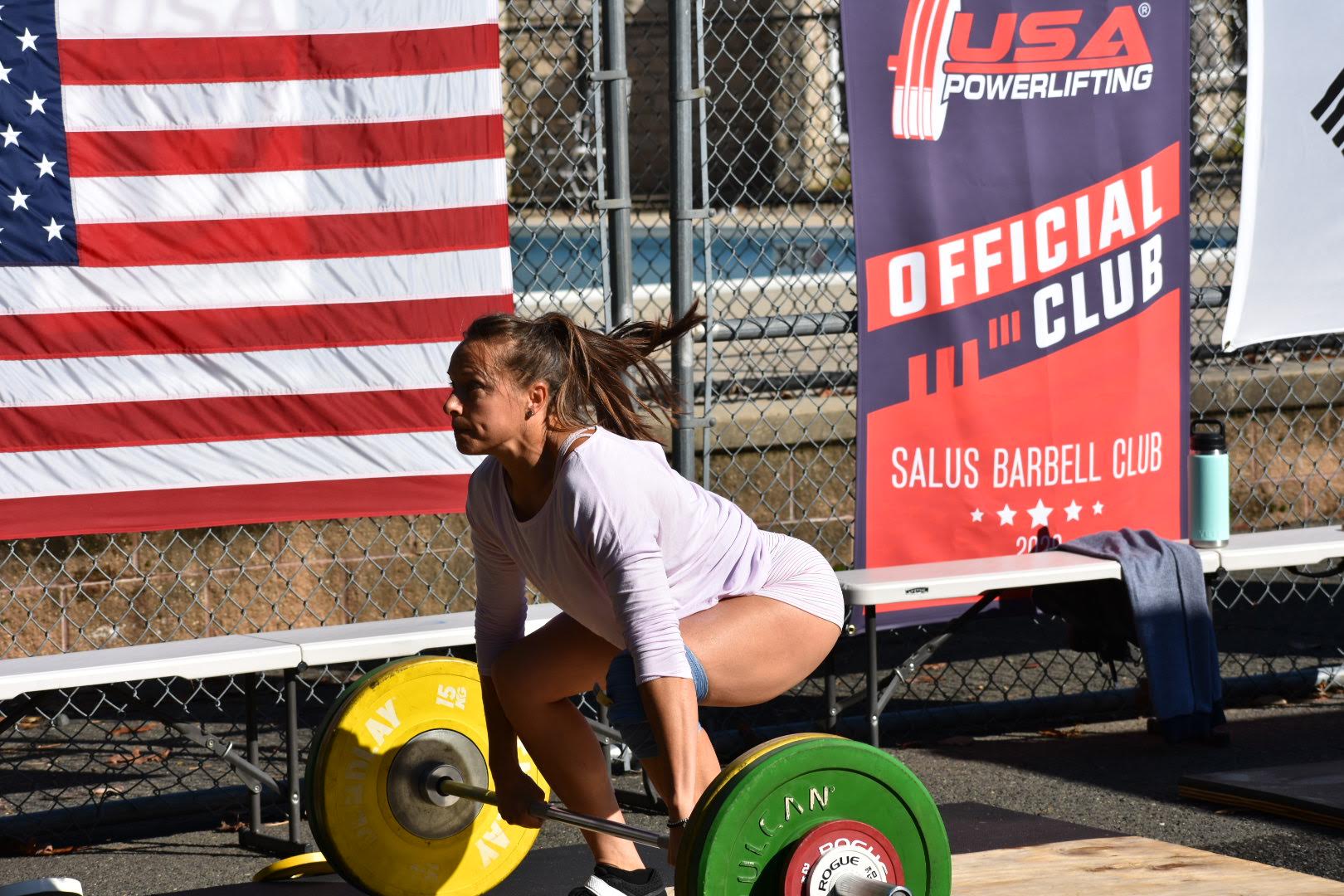 Olympic Weightlifting in NJ: Some Basics

Olympic weightlifting, also referred to as weightlifting, is a competitive sport in which athletes attempt a maximum weight lift of two different lifts: the clean and jerk and the snatch. To find a USAW Sanctioned Olympic Weightlifting Club in NJ, visit their website at teamusa.org.

In the snatch, the weightlifter lifts a barbell from the floor to overhead in a single movement.

In the clean & jerk, the weightlifter lifts a barbell first from the floor to the shoulders (the clean) and then from the shoulders to overhead (the jerk).

In CrossFit, Olympic weightlifting is just one of the ten different disciplines emphasized. And the exposure from CrossFit has actually helped to boost the popularity for the Olympic Weightlifting sport in the U.S. Even the NBC Olympics reported, “CrossFit fitness programs are re-introducing Olympic-style weightlifting into American culture.”

If these two sports are new to you, it may initially sound confusing when it comes to the difference between Olympic Weightlifting and Powerlifting…they are actually very different from each other.

In Olympic Weightlifting, you’ll notice four steps that are followed progressively including your positions, movements, then speed, and finally load. Each should be mastered before moving into to the next. How quickly an athlete progresses depends on a number of things including mobility and the athlete’s previous abilities.

Let’s break it down further:
– Positions: This includes your posture, grip, knee bend, back angle, etc.
– Movements: Connecting the from the top down positions and fine tuning the bar bath to perform the actual lift
– Speed: Turning the movements into quick and explosive, yet controlled technique
– Load: Only once technique has been mastered, it’s time to load it up and go heavy

The Olympic Weightlifting barbell is standard. Women use a 15kg bar which is a slightly smaller diameter than the standard 20kg bar used by the male athlete.

The disks (weight plates) are also in kilograms at various weights:

A an Olympic Weightlifting meet, each lifter is given three attempts at both the Snatch and the Clean and Jerk.

1) No part of the lifter (except the bottom of the feet) may touch the platform.

2) The lifter cannot “press out” the barbell. A press out is if the elbows are bent and then the lifter locks out the elbows.

3) The lifter must hold the bar steady and motionless overhead (with feet under body) until the judges give the down signal.

Learn some basics and find a trusted USAW Sanctioned Olympic Weightlifting Club in NJ to coach you through the movements.

As a USAW Sanctioned Olympic Weightlifting Club in New Jersey, we have all the tools you need to take the next step with your weightlifting training. Talk to a certified weightlifting coach at Salus Barbell Club in Middletown NJ.

How to Use MyFitnessPal Effectively »